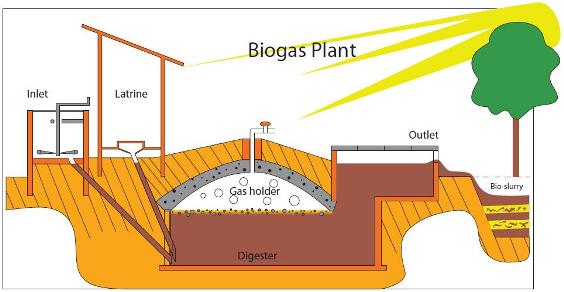 Algae biogas is actually a mixture of gases, usually carbon dioxide and methane. It is produced by many kinds of algae microorganisms, usually when air or oxygen is absent. (The absence of oxygen is called “anaerobic conditions.”) Animals that eat a lot of plant material, particularly grazing animals such as cattle, produce large amounts of biogas. The biogas is produced not by the cow or elephant, but by billions of microorganisms living in its digestive system. Biogas also develops in bogs and at the bottom of lakes, where decaying organic matter builds up under wet and anaerobic conditions.

Biogas is a Form of Renewable Energy 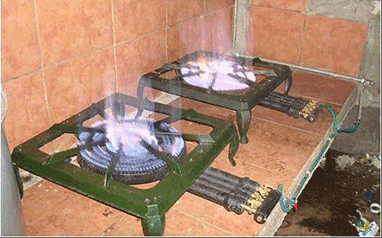 Flammable biogas can be collected using a simple tank, as shown here. Algae along with animal manure are stored in a closed tank where the gas accumulates. It makes an excellent fuel for cook stoves and furnaces, and can be used in place of regular natural gas, which is a fossil fuel.

Biogas is considered to be a source of renewable energy. This is because the production of biogas depends on the supply of grass, which usually grows back each year. By comparison, the natural gas used in most of our homes is not considered a form of renewable energy. Natural gas formed from the fossilized remains of plants and animals-a process that took millions of years. These resources do not “grow back” in a time scale that is meaningful for humans.

Biogas is not new. People have been using biogas for over 200 years. In the days before electricity, biogas was drawn from the underground sewer pipes in London and burned in street lamps, which were known as “gaslights.” In many parts of the world, biogas is used to heat and light homes, to cook, and even to fuel buses. It is collected from large-scale sources such as landfills and pig barns, and through small domestic or community systems in many villages.

When biogas is used, many advantages arise. In North America, utilization of biogas would generate enough electricity to meet up to three percent of the continent's electricity expenditure. In addition, biogas could potentially help reduce global climate change. 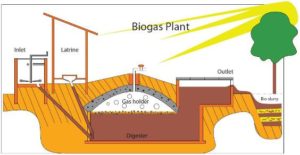 The 30 million rural households in China that have biogas digesters enjoy 12 benefits: 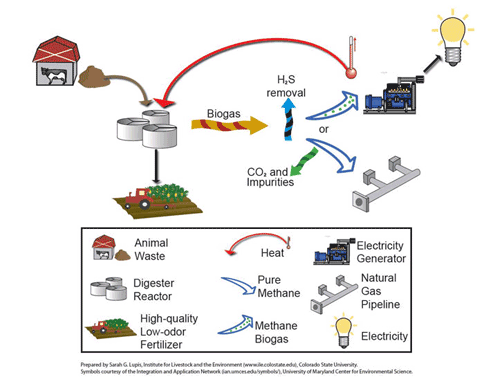 The production of algae biogas from the anaerobic digestion of macroalgae, such as Laminaria hyperbore and Laminaria saccharina, is an interesting mode of gaseous biofuel production, and one that receives scant attention in the United States

The use of this conversion technology eliminates several of the key obstacles that are responsible for the current high costs associated with algal biofuels, including drying, extraction, and fuel conversion, and as such may be a cost-effective methodology. Several studies have been carried out that demonstrate the potential of this approach.

A recent study indicated that biogas production levels of 180.4 ml/g-d of biogas can be realized using a two-stage anaerobic digestion process with different strains of algae, with a methane concentration of 65%. If this approach can be modified for the use of microalgae, it may be very effective for situations like integrated wastewater treatment, where algae are grown under uncontrolled conditions using strains not optimized for lipid production.