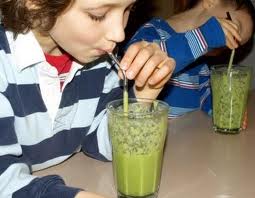 What can a diet based in algae nutrition really do for your health? Algae offers a stunning array of health benefits.

Chlorella and Spirulina have been shown to be effective in treating and even reversing the following conditions:

Both Chlorella and Spirulina are particularly useful for: 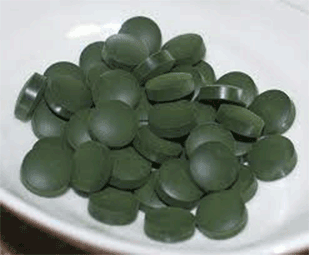 • People with poor vitality and anemia

• Individuals who consumer large quantities of animal protein (the micro-algae protein, in contrast, is easier to digest and offers a far healthier balance of minerals)

• People who are overweight or obese

• People who engage in physical exercise and /or strength training

In fact, in terms of algae nutrition, both Chlorella and Spirulina have been described as the "perfect super food.”

Algae use as food has been cited in Chinese literature as early as 2500 years ago (Tseng 2004). Several parts of Asia are well known for consuming algae (mostly seaweed) directly and some indigenous people in Africa, South America and Mexico consume small quantities of naturally occurring algae mostly because of the vitamins and algae nutrition they provide.

Natural drug products have always had a strong influence on the drug discovery and design. There is no denial to the fact that marine habitat has enormous potential for discovery of chemotherapeutic agents which would be of great help in treating and preventing diseases.

As the marine algae survive in tough environments they have developed unique defense mechanisms and biochemical pathways producing metabolites that provide pharmacologically active drug substances. Algae not only provide therapeutic substances but they also provide essential substances for the human diet. 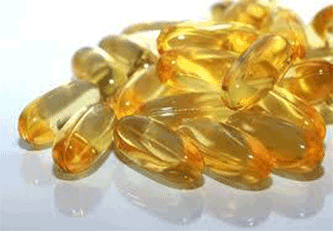 As algae have shown activity to promote plant growth they are used as bio-fertilizers but they are equally effective in improving human health when added to the diet plan.

Microalgae look small and primitive but they are most organized and complete source of extremely diverse chemical nutrients. Biologically active and essential components such as minerals, vitamins, essential fatty acids, polysaccharides and sterols are all available in large amounts.

Modern pharmaceutical and food industries are emphasizing on the development of harvesting methods to produce large amounts of algae of particular importance in the industry. Harvesting and culture of algae species such as Laminaria, Porphyra, and Gracilaria and microalgae (Spirulina and Dunaliella) is being done.

Microalgae for algae nutrition are nowadays marketed in different forms such as tablets, capsules and liquids. They can also be incorporated into pastas, snack foods, candy bars or gums, and beverages, noodles, wine, beverages, breakfast cereals, nutrition bars, and cookies.

The use of micro algae as a health food ingredient is gaining popularity as it can be grown in a simple culture medium containing water, nutrients (nitrates and phosphates) and carbon dioxide.

The Algae Revolution Has Begun...

David skillfully makes it easy enough that it is within the grasp of doing this at home.​

I’m not a biodiesel expert, but I would say that in his book, Making Algae Biodiesel at Home, David Sieg provides more than enough information to tackle this process with confidence if you have the inclination to tackle a do-it-yourself project of this magnitude, which will require dedication, patience, and natural skill.

He provides concise overviews as well as in-depth resources for understanding the process and its variables, including tips from commercial versions and national labs. The guide covers all aspects required, including selecting, growing, harvesting the algae; and making the biodiesel. David skillfully makes it easy enough that it is within the grasp of doing this at home. His guide is well-organized and well-written, accompanied by abundant illustrations, photos, and diagrams.