Algae aquaculture or aqua farming involves the farming of aquatic species such as fish, and aquatic plants

Particular types of algae aquaculture include fish farming, shrimp farming and alga culture (production of selected strains of algae for commercial use). Fish farming forms the major part of aquaculture 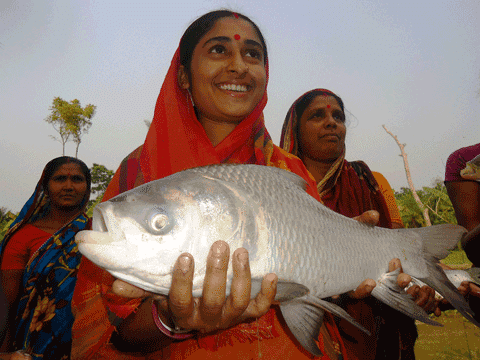 Marine species which are farmed feed on the algae and grow in large numbers to fulfill food demands. The fish produced as a result of aquaculture are high protein food source.

Blue green algae (BGA) are the most commonly grown as they grow the fastest. Algae is produced in the pond or tank containing fish by the addition of nutrients and supply of carbon dioxide. Algae growth is proliferated as the growth rate is faster compared to other aquatic plants.

Algae are also influenced by the fish or zooplankton’s eating behavior. Algae consume the nutrients provided and are eaten by the fish or other species. It increases the body mass of the predator and controls algae growth.

Nutrients get assimilated in to the bodies of fish or other aquatic species thus become a part of the food chain. If they are eaten by humans, these nutrients then enter their bodies.

Controlling algae is a critical factor because of the serious consequences developed by uncontrolled growth of algae. If algae are not eaten up the fish, shrimps or other marine species algae reach their maximum growth. Nutrients get exhausted and algae start to die. Degradation of the algae mass which is known as the “crash” period utilizes large amounts of oxygen and produces oxygen deficit with an increased risk of ammonia toxicity.

Insufficient oxygen supply and highly toxic ammonia concentrations may kill the aquaculture species grown. It can also affect the health of organisms, feeding and growth rates of fish and shrimps.

There are many factors which affect the number of fishes or marine species that can be grown with the help of algae aquaculture. 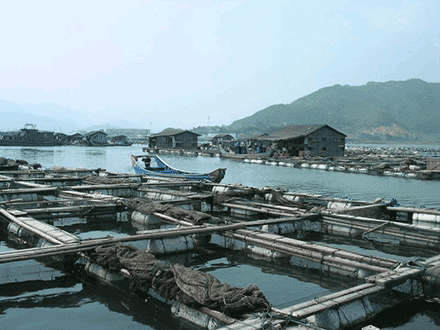