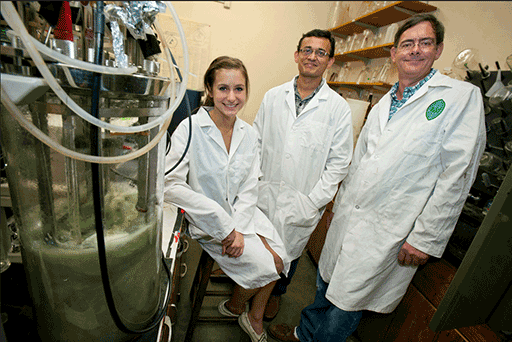 Interest in the potential use of algae butanol as a feedstock in biofuel production is gaining momentum in the United States and Europe. The reasons for the interest in algae is because of their ability to grow on marginal land, the high concentrations of carbohydrates and lipids in their cell mass , and the ability to clean nitrogen and phosphorus contaminants from water.

In fact, ongoing research at the University of Arkansas has found that the nitrogen and phosphorous in the Mississippi River could provide a source for as much as 250 million gallons of biofuel per year, while also providing a cleaner water source. However, although biodiesel from algae has been studied extensively, there have been far fewer studies on the conversion of algae to fuel oxygenates and no studies on the conversion of algae to butanol. Since the DOE has identified biobutanol as a 2nd generation biofuel, research of converting algae into butanol is important and could lead to a sustainable fuel alternative. 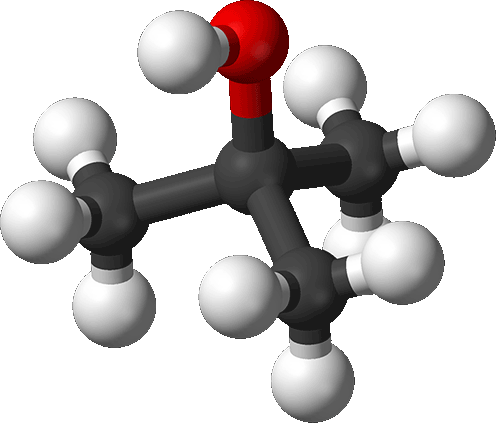 Specific research aim was to transform native algae strains, grown to clean contaminated water, into butanol (1-butyl alcohol). The algae used were from sources inside of Arkansas and New York City.

The first process step was drying the algae. It was found that enough water could be removed in 2-3 days by air drying in a greenhouse to make algae dry enough for subsequent processing.

The next processing step was to hydrolyze the algae and extract carbohydrates for ultimate butanol production. We found that at a temperature of 110 C, a short time (30 minutes or less) combined with a high acid concentration (as high as 30 g/L) was optimal for maximum carbohydrate production.

The next processing step was to ferment carbohydrates into butanol using clostridium spp. It was found, however, that C. sacchroperbutylacetonicum was suitable for growth and was able to produce butanol from algae. We also found that the butanol could be separated efficiently using a 2-step distillation with phase separation.

Algae butanol is a viable alternative to ethanol as a fuel oxygenate for gasoline, and has advantageous benefits as a liquid fuel in three key areas:

However, butanol production by the fermentation of sugars is a complex process and requires significant development to make it commercially feasible. Three major problems limit the commercial application of the carbohydrate to butanol process:

Potential problems with the use of algae butanol fuel 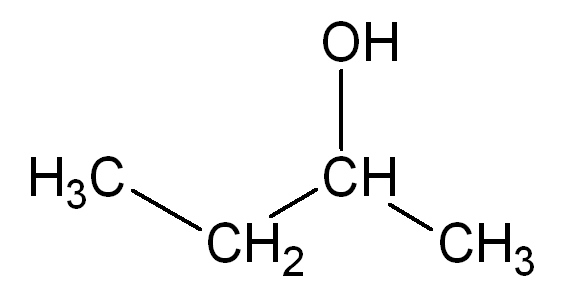 The potential problems with the use of algae butanol are similar to those of ethanol:

Current use of butanol in vehicles

Currently no production vehicle is known to be approved by the manufacturer for use with 100% butanol. As of early 2009, only few vehicles are approved for even using E85 fuel (i.e. 85% ethanol + 15% gasoline) in the USA.

However, in Brazil all vehicle manufacturers (Fiat, Ford, VW, GM, Toyota, Honda, Peugeot, Citroen and others) produce flex fuel vehicles that can run on 100% ethanol or any mix of ethanol and gasoline. These flex fuel cars represent 90% of the sales of personal vehicles in Brazil, in 2009. BP and Dupont, engaged in a joint venture to produce and promote algae butanol fuel, claim that “biobutanol can be blended up to 10%v/v in European gasoline and 11.5%v/v in US gasoline. 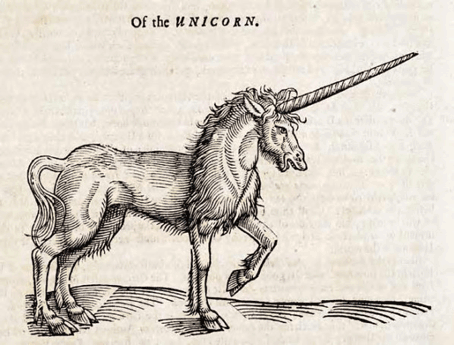