Algae animal feed: A biodiesel anecdote tells that, in the past, soy was cultivated for animal feed purposes due to its rich protein content. The oil was considered a waste product and discarded.

Nowadays, the use of oil as a biodiesel feedstock is the main soybean product in many countries, while animal feed has become the by-product. Potentially, the opposite may occur for algae: biodiesel is currently the main focus for algae biobased products, but the use of algae biomass as feedstock for animals after oil extraction also has an enormous market potential.

Most algae have a natural high protein content while a high oil content is mostly achieved though manipulation of cultivation conditions. 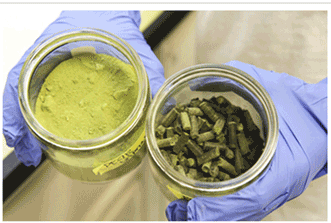 If recent soy meal prices are taken as a reference, the value of algae after oil extraction would be at least $400 per ton .The use of micro-algae as animal feed is relatively recent and predominantly aimed at poultry industry, mainly because it improves the color of the skin, shanks and egg yolks.

Besides the use of algae animal feed as a protein source for livestock, many of the health benefits also apply to animals (i.e. improved immune response, improved fertility, better weight control, healthier skin and a lustrous coat.

Thus improving the product for subsequent human consumption of meat and milk. Adding algae to the diet of cows resulted in a lower natural breakdown of unsaturated fatty acids and a higher concentration of these beneficial compounds in meat and milk. 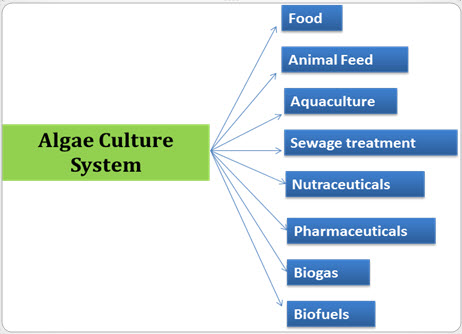 Another important example is the feeding of poultry with algae rich in omega-3 fatty acids, which flows through the food chain, placing this cholesterol lowering compound in eggs.

The use of algae animal feed in food for cats, dogs, aquarium fish, ornamental birds, horses, cows and breeding bulls has also been reported. Algae present a bright prospect to be used as animal fodder.

Algae are high protein, nutritious, natural and a low cost food option for animals, that have the potential of replacing the existing expensive grains that are fed to animals.

Looking at the economic and food crises over the world harvesting algae can be used as a good option to produce animal feed. Growing algae to be used as animal food will not only save the money but also save a large area of agricultural land and water reserves.

Algae animal feed is used for feeding livestock such as cattle, chicken, horses, goats and sheep. In most of the cases this feed is from plant sources but in some cases it is from animal origin. Feed is usually given in the form of hay, straw, silage or grains and legumes. The use of agricultural land to produce animal feed has become debatable over the past few years as there is water and food shortage.