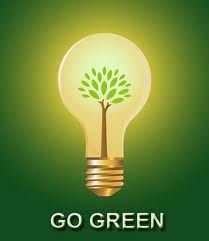 I’m not sure if anyone rem

embers, but I wrote a blog post, back in Oct. of 2012 about Sapphire Energy being the first to process “Green Crude” as a farm product.

I got a lot of flack from that particular post. (Lots of people write to me privately, but never say anything publicly) The Keyboard Commandos were saying it was “impossible” to farm algae as a crop, let alone use it for green crude. And it was “never” going to happen.

Well, Sapphire energy is back in the news again. This time announcing a commercial agreement and intention to sell crude oil from Sapphire Energy’s Green Crude Farm in Columbus, New Mexico to Tesoro.

“The Green Crude Farm recently reached a new milestone: continuous cultivation and crude oil production,” Sapphire Energy said in a prepared statement.  ”This begins the first step of a commercial relationship to process Green Crude oil from Sapphire’s future commercial facilities.” How much crude, and when. That is news that will unfold later.

Just what is Sapphire trying to tell us about its Eco-friendly Green Crude?

Sapphire Energy is presently creating oil every day from algae biomass grown and prepared in the Eco-friendly Crude Farm.  Oil extraction is accomplished by way of a patented technique for changing wet algae to oil, which in turn enables algae to become refined without turning to a timely pricey and costly drying out getting dehydrated stage.  Wet extraction technology for algae-based oil continues to be one among the biggest difficulties to commercialization.  Using this method, that may be the outcome of more than 4 years of study, development and area tests, the whole algae cell is presently utilized in oil generation, considerably growing yield.Additionally, the procedure is scalable, and it has shown to become effective having a number of algae strains.

In preliminary tests by Sapphire Energy, Eco-friendly Oil has been processed into on-spec ASTM 975 diesel fuel, showing its being compatible using the current system of pipelines, refineries and transportation models.  In the years ahead, the organization expects to increase output substantially to help broaden its commercial trial and start the mix over in the direction of commercial-scale output.

What the marketplace is saying about Sapphire’s Eco-friendly Crude

Certainly, Sapphire doesn’t have a practice of parading its technological know-how for the community to uncover. First, it is frequently a quick-changing experience in green crude – concepts fashionable 3 years ago have already been changed by many others – it’s crucial that you consider Sapphire like a business in regards to a new trend instead of a procedure.

We should look for the smoke – which often  comes away grey, as opposed to a apparent black or white…then dissipates quickly.

Here’s what we should have seen within the chatter: a continuing flow of patent application activity from Sapphire concerning terpenes and catalytic cracking having a zeolite catalyst – employing pulse reactors, possibly on the fluidized catalytic cracking mattress, and fast reaction occasions.

The approach engineering? Catalytic cracking with pulse reactors has presented in a few use refining jatropha oils formerly – and was already based in the oil sector for cracking programs, like getting rid of bitumen from oil sands.

There is various conversations within the process of Sapphire employing a pyrolysis-like procedure – rather, we come across it starting to appear much like KiOR’s, specific as it can somewhat be on the catalytic method having a innovative approach designed around a FCC unit.

As Sapphire states – among its objectives is wet extraction – which often would be to condition, to steer clear of the power and/or cost-intensive “drying” step of totally getting rid of water in the algae or even the algae in the water – plus you’ve got an advantage, as Sapphire states, that “the entire algae cell has become utilized in oil production, greatly enhancing yield.” “In under twelve months, Sapphire Energy has cranked up its commercial demonstration to develop algae has created oil from your farm and today with Tesoro as our first commercial customer, we’re supplying barrels in our oil to become refined for market use,” stated Cynthia ‘CJ’ Warner, Boss and chairman of Sapphire Energy.  “This moment is enormously essential for the because it validates the advantages and benefits of Eco-friendly Crude, and verifies its place like a market-viable, refiner-ready, renewable oil solution.” An interesting article appeared recently casting some solid, real world numbers on the state of commercial algae biofuel production. Sapphire Energy announced that they  are now growing “green crude” as a crop. So just to be clear what I’m talking about, let me say it again...growing crude oil as an agricultural crop.

It’s never been done before. At least, not as a crop in the tangible sense, but something that is crucial to the production of everything else: energy itself.

To do so, Sapphire is attempting to (que in “StarTrek” theme song) go where no man has gone before. Making use of algae as a key, world-wide crop system. Just to avoid confusion, this is not on the size which has developed around vitamins and/or nutritional products, but on the same level, and at the same expense, as dozens of staple crops or commodities worldwide.

Make no mistake, this is a game-changer. An amazing, change-the-algae-world forever endeavor.

The US Department of Energy, the Department of Agriculture and the exclusive investors behind Sapphire Energy – who’ve together backed the building of Sapphire’s Green Crude Farm, which one hundred acres is in location, out of an final 300-acre location, transforming brackish water, CO2 and sunlight into oil-rich microalgae, by which  crude oil is produced.

Now, let’s consider the Farm alone. How exactly does it function? Growing algae is completed science, a “done deal” technology-wise, but cultivating algae at yields, along with costs low enough, to remain competitive on the same scale as petroleum, is a completely different story.

Sapphire Energy’s Green Crude Farm remains in the murky world of “keep your fingers crossed…” phase.  But to be fair, you have to qualify the statement. The technology is complete as far as producing, harvesting and removing crude oils from algae. Actually on the thirty acres that Sapphire is managing at any given time, that’s “done deal” science as well. There’s no longer any question they can do it. HOW they do it, is of course, proprietary.

However, proprietary technology or not, doing this at a competitive price is another issue. They’ll be demonstrating, and proving their claim over the next 4 years, while they construct a 5,000 barrel per day facility. That’s right, folks, 76 million gallons per farm annually.

What strains are they using you ask?

Sapphire has examined numerous algae variations in its labs in San Diego. It’s reputation  as a man made biology shop is well known. However, the number of possible contenders in this sport are 100’000’s.  Just the selected few go on to Sapphire’s pilot location and test open-air ponds in Las Cruces, about 50 miles east of Columbus. From that list of prospects, a wintertime and a summertime algae athletes are already chosen at Sapphire. At this time, they are changing the ponds over to wintertime algae. This is Sapphire’s way of saying, we aren’t about to tell you what strains we’ve chosen. But it doesn’t take a rocket scientist to figure out these are probably hybrid or specialty strains.

The Size and Scope

Sapphire’s system is, by current algae realities, enormous. One hundred acres completed, out of 300 acres in total capacity for this venture. They have functioning ponds as large as 2 acres in size. This is twice what was formerly believed feasible.

The Predators and Pests

Fortunately, success in microalgae is in the combination of factors, just like fish laying dozens of eggs, the objective of the process is to bombard nature with quantities, and then replicate swiftly and massively.

Consider it in this manner. Assuming algae increases its mass every 24 hours, as many strains do, in a 365-day growing period beginning with 2 kilos of algae, you’d generate more biomass by the Fourth of july compared to the total mass of the known universe. Main point here, an individual can manage to shed several as you go along. If 99.99999999999% of the algae is overcome by infestations, predators, rivals or health issues, you’d continue to generate much more biomass compared to known universe by September. So, you get the drift.

Which delivers us to the crux of the entire matter, which would be Sapphire’s wet extraction technology. Like extracting picking watermelon seeds to seedless watermelons, -this is their essential engineering, their own personal development. They don’t discuss it very much, besides to state that they’ve got it, it works, and will inexpensively wet extract crude oils from algae. If this is true, and there is no reason to think it isn’t, then they also join the ranks of OriginOil and ground breaking extraction technology as well.

Following extraction, exactly what do you have? Green crude oil. Ideal for, as with most crude oils, for delivery to refineries for transformation to everyday fuel and chemical products. It’s drop-in fuel, meaning it is suited to pipelines and current refinery infrastructure, and translates into an infrastructure-compatible, drop-in fuel.

The bottom line and the balance sheet.

When should we know if this going to pan out or not? 2018, ultimately. Once the 5000 barrel per day factory is constructed  as well as delivering at full scale. For now, we’ll have to take the word of Sapphire Energy and the Green Crude Farm to guarantee us, or not, that the outcomes can be scaled from a 300-acre assortment of 1- and 2-acre ponds to a plant 50 times that size. But we’re well past the hopeful science fiction phase of algae development, with so much money on the line, and so many people watching, it would make sense that they would stick to what they can deliver.

Instead, what we understand for now is this. The assets of CO2, sunlight, and brackish water are enough – in the Sapphire strategy – they’ve made it bond into a functioning end-to-end technology. We’ve still to verify that the prices can come down as far as making $100 barrels of oil obsolete.

Considering the mixture of sunlight, flattish land that has slipped out of farming, brackish groundwater, and accessibility to the Denver City CO2 pipeline hub – many of us wouldn’t be a bit surprised to see West Texas arise as the new world leader in green crude fuels.  A new Texaco growing out from oil fields that never diminish, or deplete. That are able to replenish itself every 24 hours, not every 24 million years. I guess everything IS bigger in Texas.

What we are clearly seeing here is the birth pangs of a huge, new industry being born. is now operational. Construction of this first phase, which began on June 1, 2011, was completed on time and on budget. When completed, the facility will produce 1.5 million gallons per year of crude oil and consist of approximately 300 acres of algae cultivation ponds and processing facilities. By reaching this key milestone, Sapphire Energy is on target to make algae-based Green Crude a viable alternative fuel solution capable of significantly reducing the nation’s need for foreign crude oil, which will serve as the blueprint for scalable algae biofuel facilities globally.

As of today, Phase One of the project has reached the following milestones:

In building the Green Crude Farm:

[Editor’s note: Because this is a press release, it should be taken with a grain of salt.]